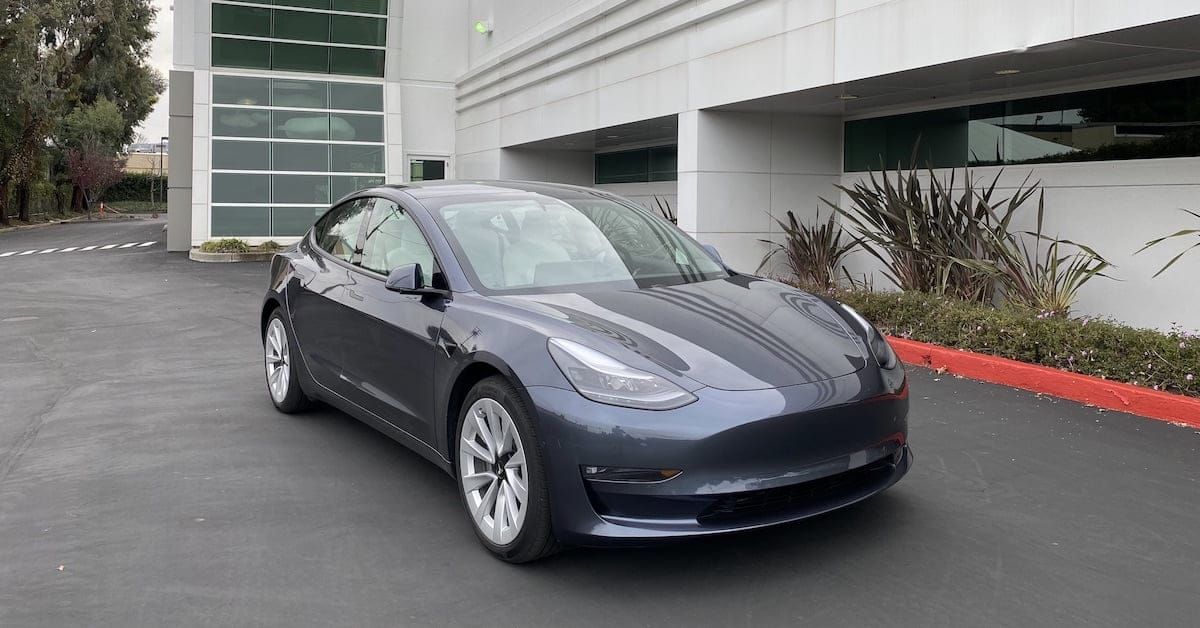 Make no mistake, the Tesla Model 3 does a lot of things right. That’s why it — along with its sister the Tesla Model Y, are the best selling electric cars today. It’s truly an amazing car, but with some revisions it could be even more amazing.

With this in mind, let’s get started. I’ve been driving a Tesla Model 3 and have been keeping track of design flaws, issues, and all around annoyances that could be fixed in the next refresh. Here are twenty-something points grouped into these categories: exterior, interior, autopilot, touchscreen, and specifications.

Why the Model 3 frunk is flawed

It’s great that there’s extra space in the front of the car where traditional gas engines sit, but why is the frunk so flimsy to close?

They also specify where NOT to place your hands. Why? because that is where most people would intuitively push down. The obvious fix is to design the frunk to be closed by pressing exactly where people naturally push. Then there would be no need for instructions.

If you are going to have a flimsy frunk then at least make it automatic to open and close, like the trunk. That way there is no need to worry about handling the frunk panel. And ok, I get it if you don’t want the frunk to auto-open something all the way that blocks the driver’s view. But it still could have an auto-close, or at the minimum, a soft-close mechanism.

Otherwise if the frunk remains manual, stiffen up and reinforce the frunk panel so it closes where people want to push. The fact that there are closing instructions proves that Tesla knows how frail the frunk is. Just fix it!

Why the Model 3 has no hatchback

Let’s be real, probably everyone would prefer the model 3 had a hatchback. The existing trunk opening limits its practicality.

Yes there is some design paper out there that describes why the hatch could not be done. Who cares? Nobody is interested in the excuses. There are many other design issues that Tesla solved without resorting to excuses.

Case in point, the 2020 and prior center console lid did not latch very well. The car had some lame error message that pops up if you try to close the lid too quickly. Instead of fixing the latch, they had a sensor that detected the problem so that they could rub it in your face. Who does that?

The center console latch issue was fixed with a redesign in 2021. Now there is no error message, not flippy flaps, the console just works. So lets fix the hatch.

But what of the Model Y? If you want a hatch, get the Model Y? That’s a different class of car, and it’s slower. But the practicality of the hatchback is one reason why sales will be driven from the Model 3 to the Model Y.

Why the Model 3 has limited rear visibility

How does anyone see out the back window of the Tesla Model 3? Answer: not very well.

The rear window is such a narrow slot to see through. More so when you consider that it’s not a hatchback. Why is that? And yes, the rear camera has a great view, but it’s too hard to bring it up for a quick backwards glance.

The irony is that there is a ton of glass on the Model 3. The problem is that much of the glass is located where the driver can’t use and can’t appreciate.

What’s up with the Model 3 glass roof

Glass where you can’t see; no glass where you need to see. I don’t get it. I can’t see out the back window but I can see upwards through the roof. That is, when I stop driving and decide to look up. Helpful I suppose, when one is searching for airplanes, birds, or UFO’s.

The weird thing is that the rear seat passenger does have a nice view. Too bad you don’t drive from the back seat. But I suppose when your car is a Robo-Taxi, you might sit there to enjoy the view. Until then all that glass just makes it harder and more expensive to tint your back window.

Then there is the sunroof under which you’ll bake on hot, sunny days. There’s no sliding cover like you’ll find in other cars. They do sell a hokey netting in the Tesla store to filter the sunlight. Your best option right now, is to add after-market ceramic tint to block the radiant infrared heat. For the future, this could be fixed with an electric blackout glass type of technology.

Avoid what is strong and strike at what is weak.

The window that gets broken the most is the least defended. Why has this not been fixed? Surely by now Tesla would fix the alarm to cover this window, or make it out of Tesla Armor Glass, or both.

The Model 3 rear corner window seems as enticing a target as a Prius catalytic converter.

Ever noticed how deeply recessed the mirrors are in the Tesla Model 3 side mirrors? Why is that? It so far in that for the passenger side mirror, the housing blocks your view.

The problem is greater for shorter driver’s that have the seat moved forward. Surely you can design a side mirror that you can actually see? Every other auto manufacturer has figured it out.

When I picked up my Model 3, there was this cheap plastic part in the trunk. It turned out to be the front license plate holder. It’s got strips of double stick tape to adhere to the front bumper. They should have included a couple sticks of bubble gum in case the tape fails.

Apparently the car designer is too gifted to worry about mundane things like license plates to clutter their design. So leave it to the scrambling production engineer to figure out how to affix front license plates. Yep, double stick tape – the automotive equivalent of duct tape.

Too bad Tesla couldn’t have figure this out. Maybe in the next redesign though.

Why white seats for the Model 3

What is up with the white seats? Does anyone really like white seats? It’s kind of like a house with white carpets. Some people think it looks good, but most people don’t want it for themselves – nobody likes the maintenance. I suspect a lot of people who picked white, did so because they hated black seats even more.

I had a car with black seats. It looks good and all, but on a hot, sunny day the skin on my thighs would fry like bacon on an iron skillet. I never got black seats again. So now you know, I got the Tesla with white seats. The lesser of two evils.

What I’m saying is, if Tesla offered black, white, and gray interiors, how many people would pick white? I’d go with the gray myself. And no, cream is not the same as gray. Cream is a warm color that goes with wood accents. Not for me. Tesla should just offer black and a light gray.

The workaround for many Tesla owners is this silicon dioxide leather shield which is one of the best ways to preserve your white Tesla vegan-leather seats.

Why the white dashboard trim for the Model 3

And while we’re on the subject of the white interior. Who’s brilliant idea was it to put a large pure white strip on the dashboard? There is a reason why other car manufacturers don’t have white dashboards… It’s the reflections.

If you ever intend to drive your Model 3 during the day in sunlight, expect to see the dash reflection in your side view mirrors. That is, unless you drive with your windows down. So now your side mirrors, which are already compromised by the mirror housing blocking a portion of your view, are even less usable.

This is not to say the black interior has a great design. No, that one comes with a wood strip. Wood? Why is it so hard to come up with a normal dash for both black and white interiors? The answer is, it’s not.

There are many different companies selling dash cover wraps and kits – matte black, carbon fiber, alcantara being the popular ones. If Tesla would simply put in a black alcantara dash strip for both black and white interiors, the reflectivity and aesthetic issues would be resolved. That would simplify the production process too.

Where is the Model 3 dead pedal cover

Back in the day the Model 3 had rubber strips embedded in the dead pedal. Somewhere along the line, an accountant-type got the brilliant idea to remove these strips to save the company a bit of money. So now my 2021 Model 3 just has the plain old carpet there. That’s going to wear down quickly.

Unfortunately the only ones I could find had that aluminum background to match the Model 3 performance petals. What about those of us who just like regular black pedals?

To fix that I sprayed the pedal with plasti-dip black. Three coats seemed to be enough. Then I installed it with velcro strips versus the double sided foam that it came with. That is how the car should be delivered.

As I mentioned, the Telsa Model 3 is overall a fabulous car, and by addressing some or all of these design defects, it can be an even better car.

Did you encounter any of these issues with your car? Let us know your thoughts in the comment section below.